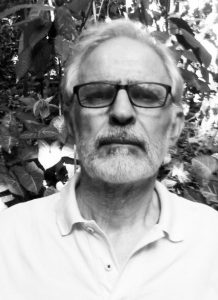 Member and Responsible for the Distance Education program at the Portuguese Refugee Council (CPR).

Profile: Before the Portuguese Revolution in 1974, and in the years immediately following, he participated in various Political activities, mainly of union scope. In 1980 he volunteered to work in the then “People’s Republic of Mozambique”, being integrated in the Mozambique Nordic Assistance Program, a program of Cooperation of the Nordic countries. He was placed in the Ministry of Agriculture, traveling much of the country to elaborate the exploitation and investment plans of the State Agro-Livestock Companies. Later, integrated a team of elaboration and analysis of projects of integrated rural development. Within a team of “Political-organizational offensive” with FRELIMO, and follows companies and the drama of the people who, under the crossfire of RENAMO and Frelimo, take refuge in neighbouring countries. More than 5 million people (almost half of Mozambicans) cross the border and many are internally displaced. From 1985 to 1988, within the framework of French cooperation, he becomes involved in the preparation and implementation of a Project of Rural National Development.

At the end of 1988 returned to Portugal and continued do various work with ACNUR and, later, CPR, mainly in the area of ​​publications, training and computer assistance. Regarding the work with refugees, highlights the work in camps in the border areas of Macedonia with Kosovo, connecting ACNUR with the Portuguese teams that participated in the Skopje/Lisbon air bridge during the NATO bombings in 1999.

Since 2004, has developed interest  and training in eLearning, and in in 2006/2007, he prepared the “Moodle” platform for the “eLearning Course for Asylum and Refugees”, and in February of 2008, adapted the platform to complement the classes of Law of the Asylum, taught by the jurists of the CPR at Universities of Coimbra and Catholic of  Porto.